In Cottage 1, one of my many responsibilities is to wake the boys in the morning. With all of our boys, I frequently ask them “How did you sleep last night?” After they give me their response, I tell them “Ask me how I slept.” When they ask I usually reply “I’m not sure…I wasn’t awake.” Our boys, who know me,  know and anticipate my answer.

A few weeks ago, we received two new children in our cottage, a six year old and a ten year old boy.  As my custom goes, I asked our six-year-old how he slept his first night with us.  As he awakened, he looked rather troubled and tense.  His answer to my question was short and to the point, “Bad.”  I asked him if he had a bad dream or nightmare.  He told me that he did and that he had bad dreams all the time.  Then he began to go into graphic detail about his nightmares. His description sounded like an R-rated horror movie where victims are mutilated and murdered.  The killer in the nightmares was murdering his family and trying to kill him.  I asked him “Would you like to pray about this tonight and ask God to stop the nightmares?”  “Yes” was his reply.  I told him “The nightmares will stop and we will keep praying until they stop.”  He seemed reassured by this. 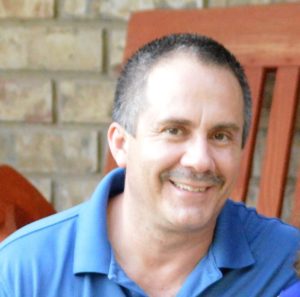 Later in the day, I asked him if he had ever watched scary movies. He told me that he did and then went into much detail describing character names and events in a number of “R” rated horror movies.  I told him not to tell me any more and not to talk about these anymore.  “You won’t be watching any of these bad movies here,” I said reassuringly.

At bedtime, I asked if he still wanted to pray for the nightmares to stop.  After he told me “Yes,” I again told him, “The nightmares will stop and we will keep praying until they stop.”  I shared a Bible verse or two about how much God loves him.  I prayed a number of Bible promises regarding God’s peace, healing and protection.  I then asked God to remove all fear in his heart and mind and asked God to stop his nightmares in the name of Jesus Christ.  We also prayed for his family and I prayed that he would have good dreams in place of bad ones.

In keeping with my “custom” the next morning, I asked him how he slept.  “Great” was his reply. He told me that he did not have any nightmares.  He said he did have good dreams but could not remember them.  I was very excited!  We then had a very brief chat about how real God and His Word are.  That night I asked if he wanted to pray again.  He told me that he did so I prayed again and this time he was relaxed, having been more tense the night before.  We thanked God for stopping the nightmares and for a number of other things.  I again asked God to remove his fear and not allow the dreams to return.   Again, I prayed for his family and that he would have good dreams instead of bad ones.

The next morning I received another good report.  Again, he slept well with no nightmares. Again, he had good dreams but did not remember the details; he just knew they were good.  I was so excited!  I told him “That is great!  It’s so awesome that God answered our prayers with a big ‘Yes,’ and so fast!”  Calmly but happy and smiling, he replied, “It worked because I believe Jesus and God.”  His confession of faith caused my heart to soar!  I told him “All things are possible to him (or her) who believes.”  (Mark 9:23)

The only night this little boy had a nightmare was his first night at our cottage.  The rest of the week he slept peaceful and nightmare free.

As I write these words and reflect on God’s wondrous love and demonstrated power, many scriptures come to mind:

At that time Jesus said, “I praise you, Father, Lord of heaven and earth, because you have hidden these things from the wise and learned, and revealed them to little children. Yes, Father, for this is what you were pleased to do.  Matthew 11:25-26 NIV

So then faith comes by hearing, and hearing by the word of God.  Romans 10:17 NKJV

I am convinced that God is willing and able to do immeasurably more than all we ask or imagine, according to his power that is at work within us.  Ephesians 3:20 NIV

(Bobby Jackson is the House Dad in Cottage 1.  He and his wife, Melanie, with their daughter Hannah, have served as house parents at NMCCH for 2 years.)